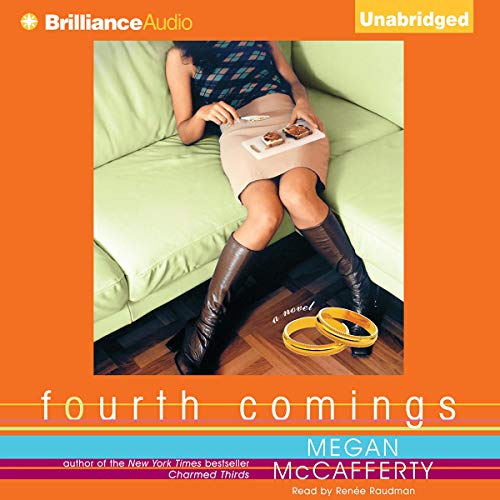 Is the real world ready for Jessica Darling?

At first it seems that she's living the elusive New York City dream. She's subletting an apartment with her best friend, Hope, working for a magazine that actually utilizes her psychology degree, and still deeply in love with Marcus Flutie, the charismatic addict-turned-Buddhist who first captivated her at 16.

Of course, reality is more complicated than dreamy clichés. She and Hope share bunk beds in the "Cupcake" - the girlie pastel bedroom normally occupied by 12-year-old twins. Their Brooklyn neighborhood is better suited to "breeders", and she and Hope split the rent with their promiscuous high-school pal, Manda, and her "genderqueer boifriend".

Freelancing for an obscure journal can't put a dent in Jessica's student loans, so she's eking out a living by babysitting her young niece and lamenting that she, unlike most of her friends, can't postpone adulthood by going back to school.

Yet it's the ever-changing relationship with Marcus that leaves her most unsettled. At the ripe age of 23, he's just starting his freshman year at Princeton University. Is she ready to give up her imperfect yet invigorating post-college life just because her on-again/off-again soul mate asks her to marry him?

Jessica has one week to respond to Marcus's perplexing marriage proposal. During this time, she gains surprising wisdom from unexpected sources, including a popular talk show shrink, a drag queen named Royalle G. Biv, and yes, even her parents. But the most shocking confession concerns two people she thought had nothing to hide: Hope and Marcus.

Not as good as the previous book in the series

This series is going downhill...fast. I also didn't care for the narrator in this book. She had a manly voice as compared to Charmed Thirds. I find the Jessica Darling character becoming whiny and annoying. Not so charming anymore.

I used to love this series

There's not much of a plot in this book. I found my mind wandering. It felt like a lot of aimless (and slightly bratty) chatter. Maybe I've just grown out of this series. I still like Megan McCafferty, but this book (at least as an audio selection) wasn't much fun.