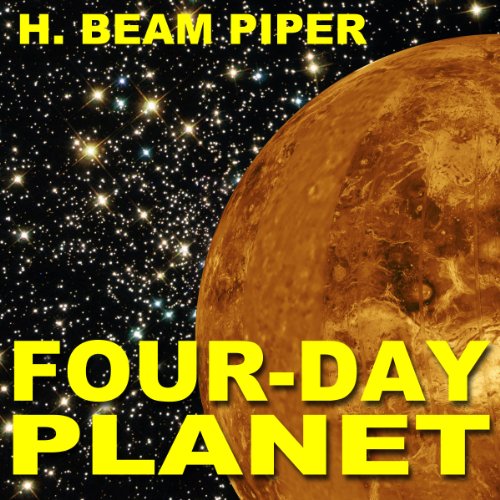 Fenris isn't a hell planet, but it's nobody's bargain. With 2,000-hour days and an 8,000-hour year, it alternates blazing heat with killing cold. A planet like that tends to breed a special kind of person: tough enough to stay alive and smart enough to make the best of it. When that kind of person discovers he's being cheated of wealth he's risked his life for, that kind of planet is ripe for revolution. Four-Day Planet is one of H. Beam Piper’s “Terro-Human Future History” novels, along with Ullr Uprising, The Cosmic Computer, and Space Viking.