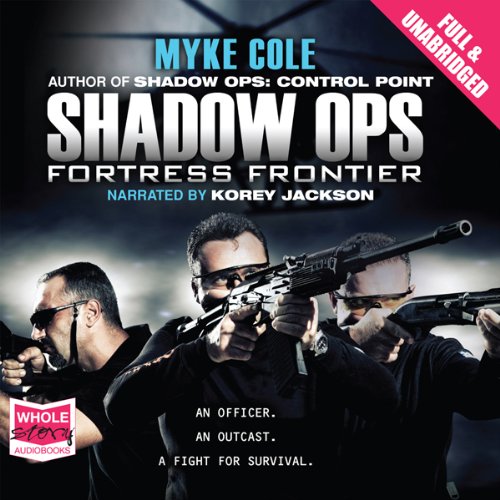 By: Myke Cole
Narrated by: Korey Jackson
Try for $0.00

After the Great Awakening, when people all over the world developed terrifying powers, Colonel Alan Bookbinder was forced into working for the Supernatural Operations Corps. Now, Bookbinder's only hope of finding his family again is to team up with public enemy number one: Oscar Britton. They will have to risk everything if they are to save thousands of trapped soldiers and show the world the true reality of the war.

What listeners say about Fortress Frontier

Solid next chapter in the Shadow Ops series

The shapeshifter. Hard to kill and an expert in subterfuge = surprises galore.

The performance was familiar to the last book which I liked. Delivery was still a little flat in places when it came to 'doing voices'.