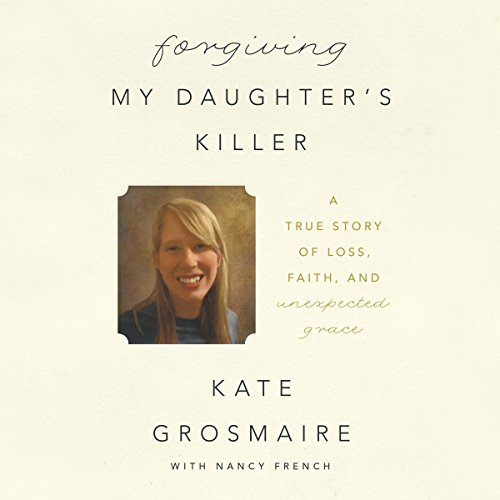 Forgiveness has less to do with the person who harmed you than you think.

On March 28, 2010, Kate and Andy Grosmaire received two pieces of news that would change their lives forever.

The first was their worst nightmare: "Ann has been shot."

The second was the dumbfounding addendum: "Conor was the one who shot her."

Their nineteen-year-old daughter had been killed by her boyfriend, a young man who had lived with the family and had come to feel like part of it.

In a beautiful, tragic testament to the liberating power of forgiveness, Kate Grosmaire finally tells the whole story of her daughter's death at the hand of her boyfriend - and the stunning, deliberate forgiveness and help that Kate and her husband offered to the young man who shattered their world. That forgiveness meant not only telling him face-to-face that they forgave him but even working to reduce the time he would spend behind bars.

Part memoir, part spiritual testimony, Forgiving My Daughter's Killer is the story of a family whose faith was put to the ultimate test and so found the capacity to do far more than they could have thought or imagined.

I thought this was wonderfully written. I bought it as an audible book and the reader did not disappoint me. Many concepts to ponder about our legal system and what one person or persons can do to change outcomes using forgiveness.

I'm not a religious person but if you are able to forget about the BS that often follows religion while you're reading this then your thinking about love and compassion will be forever changed by this book.

this is a real story about real faith. At my wife's funeral ,she was killed suddenly and viontley in an auto accident,I saw the Gromiers and I distinctly knew the understood the pain oil was feeling.