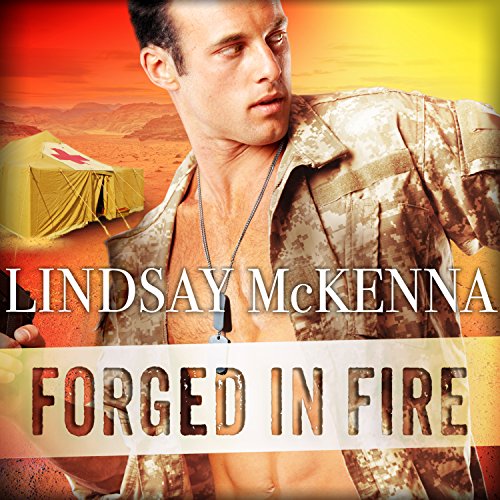 By: Lindsay McKenna
Narrated by: Johanna Parker
Try for $0.00

When pediatrician Dara McKinley is begged by her younger sister, Callie, to help her tend to war orphans in Kabul, Afghanistan, she can't refuse. But soon after she arrives, Dara finds that she and her sister are facing a daily threat from the Taliban. Then Sgt. Matt Culver enters her life, and the usually wary Dara finds herself transfixed by the Delta Force warrior with exotic golden eyes. Matt knows that Dara needs his protection, and stays by her side when she places herself in danger. But when the Taliban strike, Matt and Dara are forced to run for their lives. Now, against overwhelming odds, they must share both terror and the awakenings of love in the mountains of Afghanistan.

What listeners say about Forged in Fire

Normally I love these books but as a nurse it is aggravating that the author didn’t do appropriate research to have knowledge of medical practice. In chapter 14 its states that a blood pressure is 60/90 which is inaccurate. A systolic pressure cannot be lower than a diastolic pressure. Otherwise it’s a great story.

the female in the story was so frightened of everything. she was a worry wart and seem to have no gumption at all. although the author tried to make it seem like she did, she made me cringe at times with her with her behavior. great narration.

Would you consider the audio edition of Forged in Fire to be better than the print version?

IT COULD BE BUT YOU NEED A BETTER NARRATOR.JOJANNA IS TERRIBLE HER VOICE GETS ON YOUR NERVES