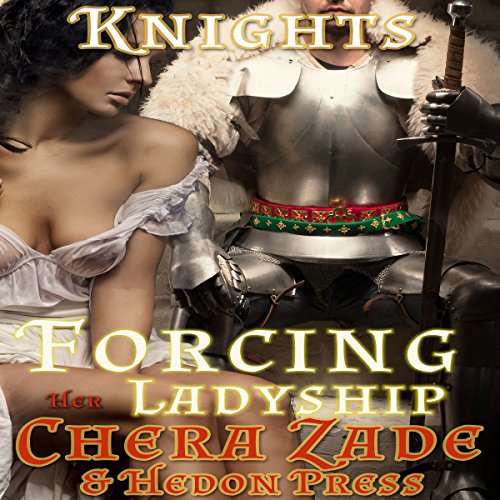 By: Chera Zade,Hedon Press
Narrated by: Juliana Solo
Try for $0.00

He will force his revenge.

She will conquer his passions.

Determined to exact revenge for the murder of his brother, the fierce and ruthless knight Trent Donovan kidnaps the daughter of his most hated adversary and inflames the centuries-old feud between the two noble families.

Born into a world of war and turmoil called the Dark Ages, young beauty Rowena Morrigan has led a sheltered life safely ensconced in her father’s castle. When her band of knights is attacked by her father’s foes en route to her betrothal, Rowena is taken captive by the infamous Lord Donovan, who will stop at nothing to have his vengeance.

Fearing for her life, Rowena must fight to keep her innocence while locked in Lord Donovan’s bedchamber in chains. Will her fiery determination to protect her virtue be enough to resist his unwavering pursuit to possess her mind, body, and soul - or will she succumb to his spellbinding charms and relentless seduction to find rapture in the arms of her worst enemy and create a love to last for all time?

What listeners say about Forcing Her Ladyship