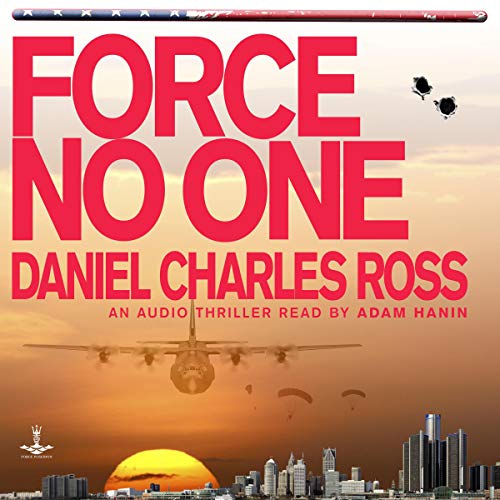 By: Daniel Charles Ross
Narrated by: Adam Hanin
Try for $0.00

"For Tom Clancy fans who like their characters strong and the hardware cool - don't miss this." (Doug Richardson, screenwriter of Die Hard 2 and Bad Boys and author of the Lucky Dey crime series)

A homicide in Detroit usually doesn't raise many eyebrows, but a victim is found with a business card from a Department of Homeland Security enforcement cell no one's ever heard of. FBI Special Agent Amber "Corvette" Watson and Detroit Police Homicide Detective Sgt. Tracey Lexcellent catch the case.

With a disgraced US Army Ranger who can forget nothing and a black-budget CIA team in tow, they must solve the murder before terrorists can parachute into open-air Comerica Park during the opening ceremonies of the World Series to blow themselves up and kill thousands on live television.

People are going to die. Everyone hopes they are the bad guys.

What listeners say about Force No One

A Good First Effort by DCR

Very enjoyable. Ross does a great job of weaving the plot into the scenery of Detroit. Can’t wait for the sequel!