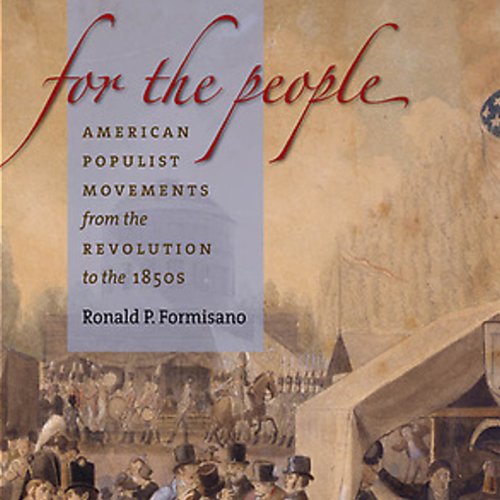 By: Ronald P. Formisano
Narrated by: David Stampone
Try for $0.00

For the People offers a new interpretation of populist political movements from the Revolution to the eve of the Civil War and roots them in the disconnect between the theory of rule by the people and the reality of rule by elected representatives. Ron Formisano seeks to rescue populist movements from the distortions of contemporary opponents as well as the misunderstandings of later historians.From the Anti-Federalists to the Know-Nothings, Formisano traces the movements chronologically, contextualizing them and demonstrating the progression of ideas and movements.

Although American populist movements have typically been categorized as either progressive or reactionary, left-leaning or right-leaning, Formisano argues that most populist movements exhibit liberal and illiberal tendencies simultaneously. Gendered notions of "manhood" are an enduring feature, yet women have been intimately involved in nearly every populist insurgency. By considering these movements together, Formisano identifies commonalities that belie the pattern of historical polarization and bring populist movements from the margins to the core of American history.

What listeners say about For the People