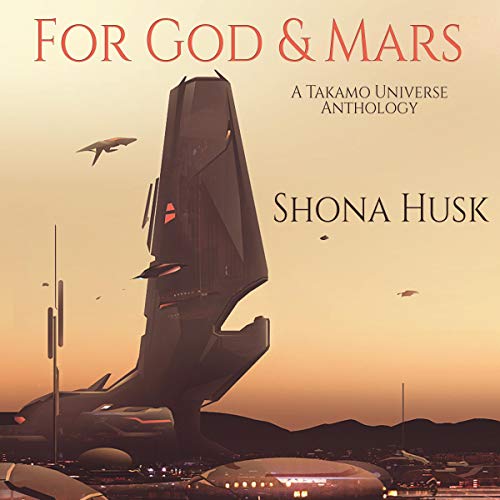 For God and Mars

By: Shona Husk
Narrated by: David Sweeney-Bear
Try for $0.00

This is the start of the story of Mars, of a planet peopled by humans, and yet, not Earth....

"Expansion of Will": With the Martian government putting pressure on the Ammanian eastern provinces, civil leader Eshe Tordis faces a tough battle convincing her people to fight back. As her community splits into warring factions, she finds that her greatest enemies may be those standing behind her.

"Turning the Tide": Alic Ollsen is an Ammanian in Terran clothing. To pursue his dream of being a terraformer, he had to give up all trace of his Ammanian beliefs. But when he’s asked to help the Ammanians win the war against the Martian government, he finds himself caught between faith and career...life and death...right and wrong.

"Vows of Assimilation": The wounds from the first Martian war haven’t yet healed, and Isak Morven’s parents - Terran in thought and belief - hold everything Ammanian in disdain. He knows they barely tolerate his mingling with the despised victors of the war, but until he decides to marry his Ammanian girlfriend, even Isak himself isn’t aware of how deep his parents’ hatred runs.

"No Reward": Ryne Morven has been fighting against Ammanian rule his entire life. When Earth forces invade the red planet to take back control, Ryne is exultant. Joining the rebels against the Ammanians, he can’t wait to shove his brother Isak’s nose in it, but when the war finally ends, will the price paid by the Morven family be worth it?

What listeners say about For God and Mars

Origin story of the Northern Alliance

This is the story of the struggle for control of Mars and two families caught up in the civil and religious strife between the secular earth authority and the followers of the Ammanian faith who want to free Mars from Earth's dominance. It is well written and the narrator gives a good performance.

If you are a fan of Takamo Universe, this is an important story because it tells how the Ammanian faith began, which ultimately gives rise to the Aparatic Church, which is responsible for the creation of the Truppen cyborgs, and the bloody Consular Wars between the rebel Northern Alliance Colonies and the Terran Republic.