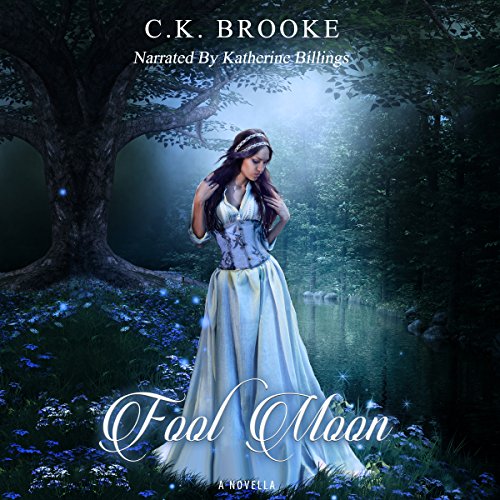 By: C.K. Brooke
Narrated by: Katherine Billings
Try for $0.00

Where blessings and curses collide, even the moon holds secrets of its own....

Seventeen-year-old Lorileen Masters is cursed. To undo the damage, she must travel all the way to the vindictive witch Rhiannyn's lair and bargain for a reversal, even as demon shades stalk her. That is, until she's rescued by a highwayman hunter on a golden horse. Archer Cross seems to possess a remarkable - if not mysterious - shielding effect against Lori's shades, so much that she insists he chaperone her to the witch's woods.

Neither expected the love of a lifetime; yet, that is exactly what Lori and Archer find in each other. But if Lori succeeds in reversing her curse, then she'll retain no memory since its casting - including every moment with Archer. Will she abandon her quest to vanquish the darkness that haunts her, or can the heart's true love prevail even apart from the mind's memory?

Author C.K. Brooke delivers an exciting mini-tale of valor and romance, fraught with humor and magic. Fans of romantic fantasy won't want to miss out on her latest adventure and first novella for teens.

What listeners say about Fool Moon: A Novella

Well written with a good narration. An enjoyable story that will keep you entertained from beginning to end!

Dark of the Moon you find Loves Light

A Dark of the moon adventure!
A young woman cursed, destined for despair.
A young man, a young hero destined to persevere.
Can love's light, find its place in the heart of the darkest side of the moon.
Or in the heart, of those which the darkness itself hunts.
Katherine Billings is a great narrator!
Always wonderful to listen to. and easy to follow.

This is a well written story and a wonderful narration. I truly enjoyed the book. Katherine brought the characters to life. Would highly recommend this author and narrator.