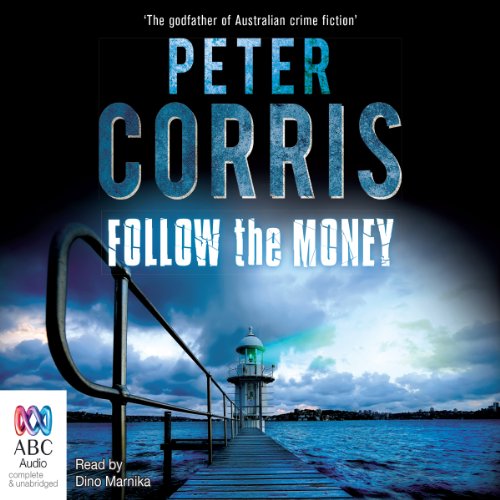 By: Peter Corris
Narrated by: Dino Marnika
Try for $0.00

When beautiful young women kiss you on the cheek you know you're over the hill, but I didn't really feel like that. As Wesley said, "I still had the moves."

Cliff Hardy may still have the moves but he's in trouble. The economy's tanking and he's been conned by an unscrupulous financial advisor and lost everything he's got. Cliff only knows one way, and that's forward, so he's following the money trail. It's a twisted road that leads him down deep into Sydney's underbelly, into the territory of big money, bent deals, big yachts, and bad people. Cliff's in greater danger than ever before, but he's as tenacious as a dog with a bone.

"Once again Corris has captured both the zeitgeist and the rhythm of what long-defunct inner-west rock band the Stotting Tommie's once described as 'the city of emeralds and dust'." ( Sydney Morning Herald)

never got going, no finale

not a great book, wouldn't recommend. oddly written with a poor plot and and a completely dead end.

The narrator doesn't fit the character

Having listened to the Cliff Hardy series since forever I've experienced Cliff through the wonderful narration of Peter Hosking. Hosking and Hardy are one in the same. Dino Marnika simply does not sound like a tough, street-smart, cynical Aussie maverick. If you have NOT heard Peter Hosking in the earlier books I suggest you don't and let Dino become Cliff for you.

Would you be willing to try another one of Dino Marnika’s performances?

Not as Cliff Hardy although I have bought 3 titles with Dino as narrator.

The story is classic Cliff Hardy. So I stayed to the end despite being annoyed/frustrated with the narration.