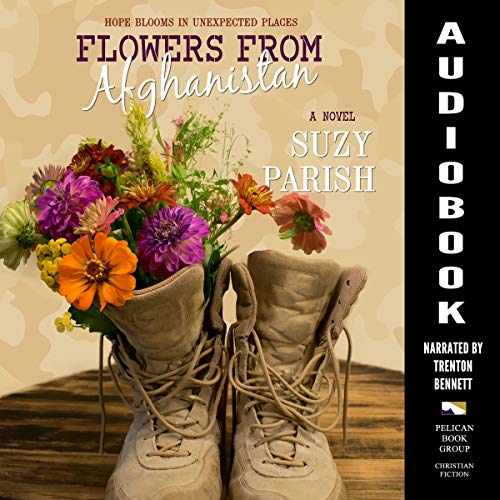 By: Suzy Parish
Narrated by: Trenton Bennett
Try for $0.00

Weighed down by guilt following the death of his two-year-old son, Mac McCann accepts a year-long position training police officers in Afghanistan. Leaving his wife Sophie to grieve alone, he hopes the life-or-death distractions of his self-imposed exile will build a wall between him and his pain. As camaraderie builds between Mac and the men on base - including a local barber and his precocious little boy - Mac’s heart becomes invested in stories beyond his own tragedy and he learns he is not the only one running from loss. But when the hour of attack arrives, will he be able to see past his guilt to believe there’s still something - and someone - worth living for?

With touching details based on true events, Flowers from Afghanistan is a redemptive journey of healing, a chronicle of hope in crisis, and a testament to the faithfulness of God through it all.

What listeners say about Flowers from Afghanistan