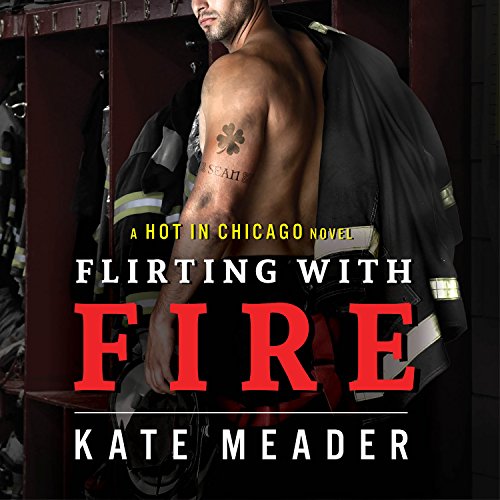 By: Kate Meader
Narrated by: Carrie Brach
Try for $0.00

Savvy PR guru Kinsey Taylor has always defined herself by her career, not her gender. That is, until she moved from San Francisco to Chicago to be with her fiancé, who thought she wasn't taking her "job" of supporting him in his high-powered career seriously enough and promptly dumped her for a more supportive and "feminine" nurse. Now, as the new assistant press secretary to Chicago's dynamic mayor, she's determined to keep her eye on the prize - and she certainly doesn't have time for men.

But that all changes when she meets Luke Almeida, a firefighter as searingly sexy as he is quick tempered. He's also the second oldest of the Firefightin' Dempseys, a family of foster siblings who have committed their lives to the service - if Luke's antics don't get him fired first. When Luke goes one step too far and gets into a bar brawl with the Chicago Police Department, Kinsey marches into Luke's firehouse and lays down the law on orders from the mayor. But at Engine Co. 6, Luke Almeida is the law, and he's not about to let Kinsey make the rules.

What listeners say about Flirting with Fire

A narrator can make or break an audible story and this one broke it.
I struggled to keep up with the characters because her voice didn't attempt to change between characters at all. It was frustrating.
The story itself was good but I'm getting my credit back on this one.
I'll NEVER listen to it or any other book solely narrated by Carrie Brach. She can't handle various characters or male characters at all. She has a good voice and if she were playing one female character ALONE it would have been fine.

Ok I would have loved this book but the narrator KILLED it. If she's reading a book I'm not listening.

loved the story but narrator was bad

The story was fun and sexy but the narrator was very stilted. There was no differentiation between voices so sometimes it was hard to tell who was speaking. I was able to get past the poor narration. The dynamics of the characters were fun but characters were a little flat. Fun for a free listen.

I really like the heroine and the hero, the story is well written and well developed. I also enjoyed the support and development of a strong woman as the main lead - the author brilliantly acknowledged the stereotypes that women often face if they show intelligence and strength.

In this book the hero was a true alpha - not threatened by feminin strength and confident, man enough to stand up for what he believes and feels without having to resort to bullying macho bullshit involving ordering the ‘little woman’ around.

The biggest drawback of this book is the narrator, usually I can just adjust to anything a bit grating, however this narrator used a very feminin voice for everyone, men and women - it was so bad that I sometimes had no idea who was actually talking they just sounded the same. It was so bizarre when the big bad fire fighters were calling out gruff instructions and sounded like little girls.

I loved fireman Luke, who was a strong alpha male -- in the true sense of the word. Luke was protective, caring and supportive of family, co-workers and his community. Unlike the so-called alpha heroes so popular in recent romantic fiction, Luke was NOT dominating, violent, sadistic or misogynistic. Fans of FSOG would not enjoy this story of love and respect.

Kinsey was a pleasant surprise too: an intelligent, assertive and confident woman who did not dumb down or act pathetically weak after meeting hunky Luke. No, Kinsey insisted that Luke treat her as an equal professional, not a ditzy girl. Of course, since Luke loved his adopted sister Alex and his deceased foster mother, he treated Kinsey with respect and kindness.

Loved the story...the narrator seemed a little flat and robotic to me for a romance novel

If only it was a different narrator... She didn’t even attempt to change her tone of voice at all. Sometimes I didn’t even know if it’s a description or a dialogue.

It was good until the end. Kind of slow and the heroine got annoying at the end.

This was a good read. I really loved watching Luke and Kinsey fall in love. Luke is the strong alpha type but he's tempered by Kinsey who is a strong, smart and wonderful character. There is a lot of fun banter, a really strong connection and overall, a good amount of stuff happening that shows how their connection is building.

The one thing is that there is a lot happening in this book. This book is the first in a series and is supposed to showcase the Dempsey family, a group of orphans that have formed an amazing family of firefighters (Loved that part). But the romance was mainly Luke and Kinsey but also another arc was about Gage and his paramour. However, it got really confusing with the POV.

I have to say, it was a little more clear when I read the ebook vs listening to the audiobook which is available on audible escape. The narrator, Carrie Brach was ok but I didn't think she did a great job differentiating between the characters. It would have likely been better with a male character, someone to clearly differentiate between Luke and Gage, Luke's brother. Also, her male voice was a little forced and unrealistic. I actually had a little more difficulty listening to the book rather than reading and once I went to the ebook, the book went faster.

I wanted to like this, because I first met Kinsey in the Chicago Rebels book series. This could have been good. But the author put in three different POVs with no real delineation between characters in either the book (which I followed along reading) or the audiobook.

I found it difficult to figure out who’s POV I was listening to/reading. Especially when it was from Gage’s POV. it was just too much going on. I’m not sure I want to continue to Alex’s story.