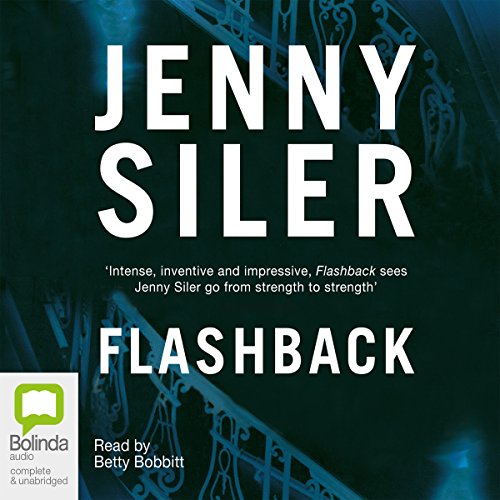 By: Jenny Siler
Narrated by: Betty Bobbitt
Free with a 30-day trial

From the renowned author of suspenseful and tightly plotted thrillers, Jenny Siler.

The nuns called her Eve when they found her lying unconscious in a field in Burgundy, France. She had no possessions apart from a Tangiers ferry ticket, not even her memory, though her accent suggested she was an American. The convent has been her home ever since, a simple, tranquil life. Then one night, while Eve is away, a dozen camouflaged men make their way through the convent, murdering the sisters in cold blood. Only Sister Heloise escapes. And she tells Eve that the men had been focused on looking for one person: "the American". With no idea why the men wanted to find her so badly, Eve must flee. Her only clue is the ferry ticket. She heads to Morocco on a desperate journey in search of her identity and her history. But the precious knowledge may be more terrible than she can imagine.

What listeners say about Flashback