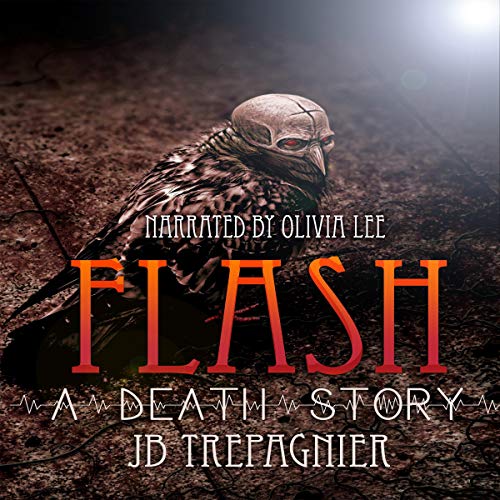 By: JB Trepagnier
Narrated by: Olivia Lee
Free with a 30-day trial

Is this hell or purgatory?

Kate is driving home from working a double at the hospital. She misses her turn and is crossing train tracks. There's no train signal, but she sees it coming and thinks she misses the train. All of a sudden, there is a blinding white light and she wakes up naked in a white room. Is she dead? There is a scientist conducting experiments on her.

When science fiction and the paranormal collide

Waking up in another white room, Kate panics. She’s stronger now and easily dents the steel door keeping her in. She manages to escape the facility keeping her, but nothing is right. The world thinks she’s dead, but she’s clearly alive in a much taller, more muscular body. Lab results say this body may not be human. There is also a ghostly voice in Kate’s head claiming this body was stolen by force and she doesn’t belong there.

What listeners say about Flash - a Death Story

Not worth my time!

I am really disappointed with this one. Story, reader, AND sound are just terrible. Also gets VERY long toward the end. Don't bother.