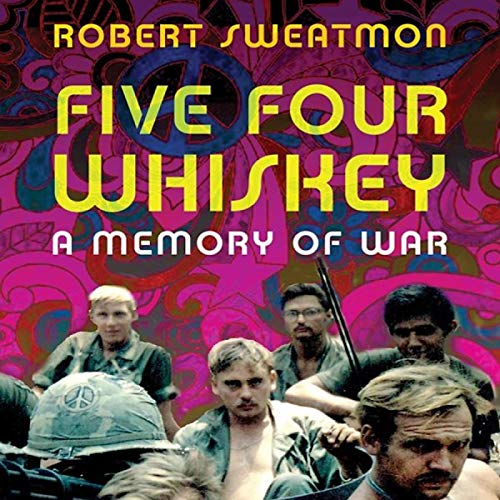 By: Robert Sweatmon
Narrated by: Steve Edwards
Try for $0.00

In late 1969, 20-year-old Robert Sweatmon received a letter informing him that he had 10 days to report to the United States Army. Like thousands of others, he had been drafted. Assigned as a rifleman with a mechanized unit, the author began a year-long odyssey in the Southeast Asian wilderness that would change his and his fellow soldiers’ lives forever.

Coming of age in the maelstrom of civil rights and the free love culture, the author and his fellow soldiers saw their idealism quickly vaporize in the face of the grim realities of war. Kept in the field for almost the entire time of his tour, the author was in a unit selected to conduct a clandestine reconnaissance in Cambodia and then lead the 1970 invasion, where he was wounded. Following his convalescence, he was sent to Nui Ba Den, the fabled ghost mountain haunted by the spirit of a Vietnamese princess, until he received his papers that he had completed his combat service. At that moment, his year-long mental wall between soldier and civilian fell away as he counted the last terrifying hours before he was safely out of Vietnam. A tour-de-force of military memoir, written in an objective and often literary prose, Five Four Whiskey perfectly captures how ordinary civilian-soldiers survived an ordeal set in one of the most turbulent times in American history.

"Without realizing it...I was hooked. By the end I was stunned by the impact." (John M. Del Vecchio, author of The 13th Valley)

“A remarkable portrait...a beautiful act of recollection that should take its place on the small shelf of necessary books on the Vietnam War.” (Joseph G. Peterson, author of Gideon’s Confession)

The memoir of a front line grunt. His story of his conscription and time in Vietnam.
The book does not glorify the war or the young men, it in fact tells of the fear and boredom these young men felt.
The book feels true to life and is touching the way it deals with the whole experience.
A must read for anyone who has an interest in history.
I received a free copy of this audio book at my own request and voluntarily leave this honest review.

I was given this free review copy audiobook at my request and have voluntarily left this review. This review is for the audio copy of Five Four Whiskey: A Memory of War by Robert Sweatmon and narrated by Steve Edwards. This was a well written narrative about the author’s experience in the Viet Nam war. It was well articulated by the narrator. I really enjoyed listening to this story and recommend it to those interested in understanding what our brothers in arms went through in this conflict.