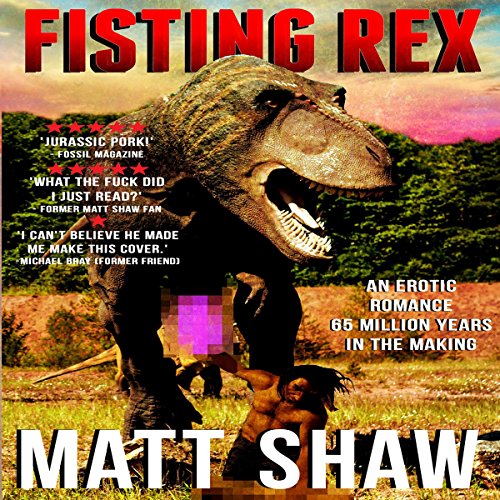 By: Matt Shaw
Narrated by: Julian Seager
Try for $0.00

T-Rex isn't the violent, blood-thirsty dinosaur people believe it to be. He's just grumpy and you would be too if you were sexually frustrated. With arms so small he can't take care of his own business and with other dinosaurs running from him he is left to roam the land with a bad case of blue balls. Gark isn't a dinosaur though. He's one of the two-legged hairless apes who are new on the scene. And he knows just what Rex needs to mellow him out.

Mostly the sheer novelty of it made it amusing but also the tale of our protagonist.

Its originality and it did paint a great picture of dinosaur movies I've seen set in its age before.

Yes and I did. Will also listen to it again.

As far as stories about homosexual men wanking off dinosaurs go this one is pretty good.