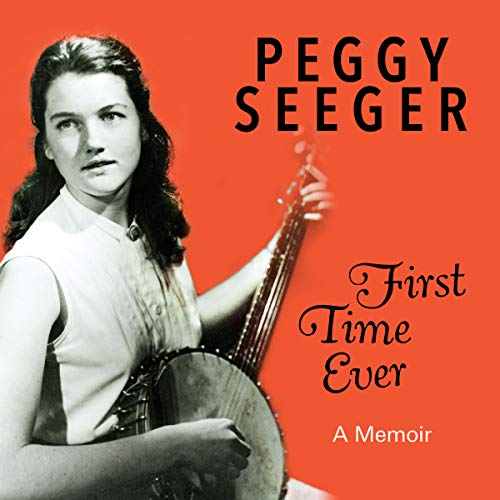 First Time Ever: A Memoir

Peggy Seeger is one of folk music's most influential artists and songwriters. Born in New York in 1935, her childhood was steeped in music and left-wing politics; they remain her lifeblood.

Always a rebel, she traveled to Russia and China against US advice before arriving in London, where she met the much older (and already married) man with whom she would raise three children and share the next 33 years: Ewan MacColl. Together, they helped lay the foundations of the British folk revival. And as Ewan's muse, she inspired one of the 20th century's most popular love songs, "The First Time Ever I Saw Your Face".

Peggy narrates her own extraordinary story with unstinting truthfulness and searing honesty. This is a roller-coaster life of art and passion, family and separation, tragedy, celebration and the unexpected - and irresistible - force of love, told in a luminous, beautifully realized account.

What listeners say about First Time Ever: A Memoir

We are lucky to be cohorts of this legendary figure, living on the same planet. We should go live with her..

Disappointing book for me. I didn't get far into it. The author droned on and on in excruciating detail.
I'm sure it contains EVERYTHING about her life, the people and places she knew, etc. I guess my expectations may have been too high, or perhaps I should have hung in there longer. Frankly, I was bored.