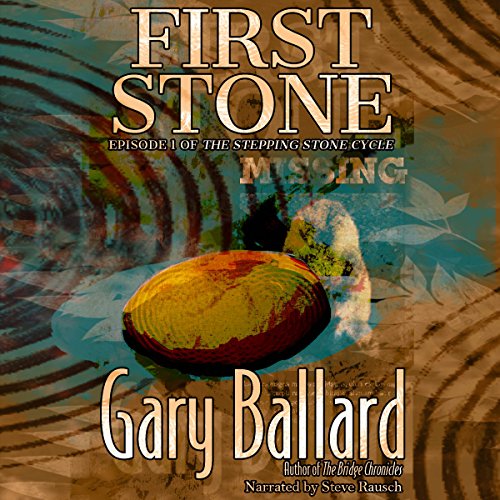 When a serial killer in West Virginia's coal country claims to have killed Sarah Carter, Bill and Jack rush to the crime scene. What they find is a deeply disturbed man with no memory of his crimes or of taking credit for Sarah's death. As Jack tries to decipher the mysterious series of runic symbols the killer carved into his slaughterhouse, he unlocks a deeper cosmic mystery that goes beyond anything he could imagine.

What listeners say about First Stone

Between It’s Almost Okay and it’s not for me?


You know that moment when you have read/listened to a book and you think 🤔 ... it wasn’t good; it wasn’t really, too-too bad ... so a 3 star rating for average is generous and a 2 star is probably low, so you teeter totter or flip a coin... Then you check the rating and realize a 2-3 star would drop its status and 😦 you don’t wanna be •that• person?

So anyway -
I liked the idea. I liked the intent of spanning the mystery over several books, but I didn’t feel like there was any resolution at all.
The explanations at the beginning felt boring ... I mean, the part about he nor his car was on any video cams on the highways - did the notion of him stealing a car or hitch hiking - or taking a bus - not enter anyone’s minds? So, seriously, more caused it feel less believable.

The interrogations, again, felt unreal. All of them. Interviewing the woman .... ok, how do you know SHE doesn’t like it rough or instigated it? And idk. I really don’t think those questions were real “did his voice change when he said that?” And her recount of the events turned into a Third person view instead of “in her own words” totally dulled the momentum of the story. The whole section with this ‘victim’ should have been rivoting or eye opening; not eye rolling at the cheesy ‘off the record statement’.

Why was Jack able to interrogate a prisoner, alone? And no one administers CPR .... no one seriously questions Jack ....

None of the characters became real, genuine, or evoked emotion.
The writing felt juvenile ... I expected more from a 6-episode series.
In the end, Sarah can stay wherever she is. I’m not following any trails to look for her.

Dr Jack Carter wakes up from a semi catatonic state to discover his whole world is upside down.
His wife is missing and he doesnt know where she is.
Even worse, he doesnt know if he can trust himself. Is she dead? Did he kill her?
Now he is on a quest for answers, and a great place to start is with a serial killer who says he killed Jacks wife. But things arent adding up, and Jack better figure out what is really going on before he goes to prison for the crime himself.
I give this book 5 stars. Its a suspensful and well written story that I enjoyed so much that I read straight through. I look forward to the next chapter in the series!