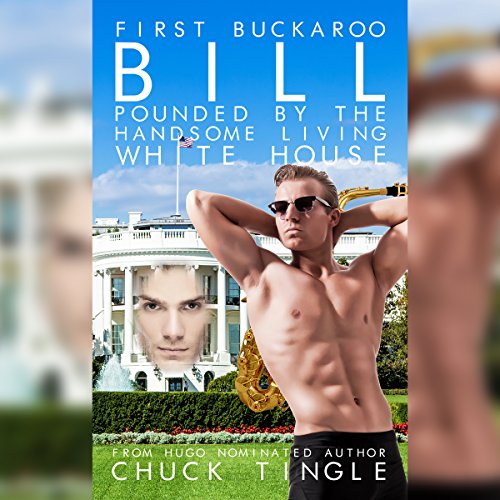 By: Chuck Tingle
Narrated by: Sam Rand
Free with a 30-day trial

Former President Bill is finally back in the White House, only this time his wife is the one in charge, while party boy Bill has been given the title of First Buckaroo. Unfortunately, Bill finds himself with no examples to follow regarding his new political position, and soon falls back into his hard partying ways.

After getting busted for a raucous saxophone concert on the White House lawn, complete with handsome shirtless men on the slip and slide, Bill is placed under a tight watch, but when the former President and the living White House itself start talking about the good old days, past frames rekindle.

Soon enough, First Buckaroo Bill is taking on this sentient historically significant structure in a hardcore gay pounding that could change the face of American politics forever.