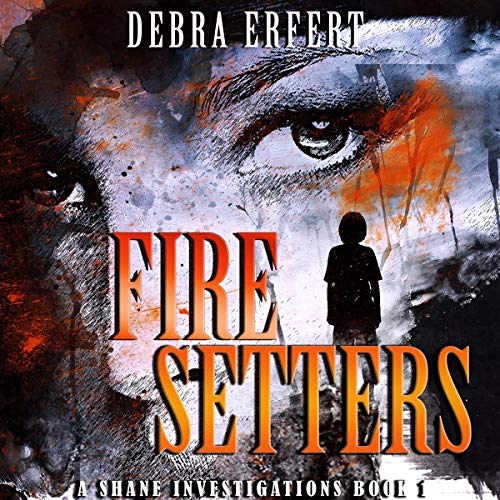 By: Debra Erfert
Narrated by: Elizabeth Meadowood
Try for $0.00

A police sergeant, the woman who dumped him, and their second chance at love

While on a stakeout to catch the cretin who’s stalking a client, Private Investigator Candice Shane finds a house on fire - at midnight. A pink tricycle in the yard prompts her hasty decision to break-in, saving a sleeping woman and her three children.

Her ex-boyfriend, Sergeant Alex Delaney, thinks she’s insane to take on the woman as a client. But with the husband out of town during the incident, he’s the prime suspect, and Candice has a gut feeling he didn’t do it. Who would want a woman and three children dead?

As clue after clue leads Candice and Alex down a dangerous road, her heart is also on a treacherous path - one of falling for Alex again. Sure, Candice can dodge bullets and interrogate witnesses, but she can’t she resist Alex’s wit, charm, and good looks.

In the end, if she and Alex can’t find who set the fire, her heart might not be the only thing she loses.

Fire Setters: A Shane Investigations is a gripping crime thriller filled with heart-melting romance and mystery.

Listen to all the books in the Shane Investigation series by Amazon best-selling author Debra Erfert:

A Strange Twist of Fate

Changes of the Heart

Window of Death (Book two in the Window of Time Trilogy)

Window of Darkness (Book three in the Window of Time Trilogy)

What listeners say about Fire Setters

The story was suspenseful and kept me on the edge of my seat. The romance between Candice and Alex was believable, and their escapades intense. The kissing scenes were a bit on the steamy side for my tastes though.

The voice performance sounded extremely monotone. I am not sure if that was the objective by the author, but that was the impression I received.