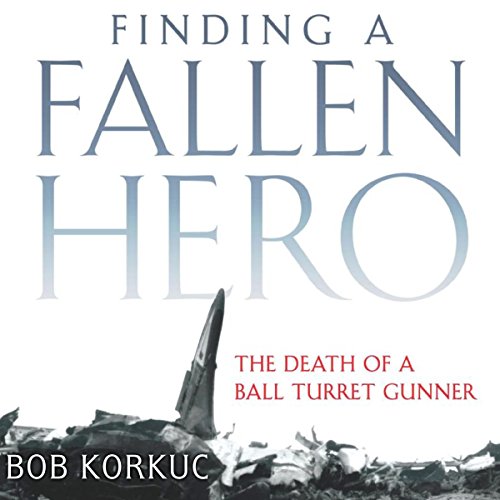 By: Bob Korkuc
Narrated by: Richard Travis
Try for $0.00

To all appearances, Anthony "Tony" Korkuc was just another casualty of World War II. A gunner on a B-17 Flying Fortress, Korkuc was lost on a bombing mission over Germany, and his family believed that his body had never been recovered. But when they learned in 1995 that Tony was actually buried at Arlington National Cemetery, his nephew Bob Korkuc set out on a seven-year quest to learn the true fate of an uncle he never knew.

Finding a Fallen Hero is a compelling story that blends a wartime drama with a primer on specialized research. Author Bob Korkuc initially set out to learn how his Uncle Tony came to rest at Arlington. In the process, he also unraveled the mystery of what occurred over the skies of Germany half a century ago.

Korkuc dug up military documents and private letters and interviewed people in both the United States and Germany. He tracked down surviving crewmembers and even found the brother of the Luftwaffe pilot who downed the B-17.

A gripping chronicle of exhaustive research, Finding a Fallen Hero will strike a chord with any listener who has lost a family member to war. And it will inspire others to satisfy their own unanswered questions.

What listeners say about Finding a Fallen Hero