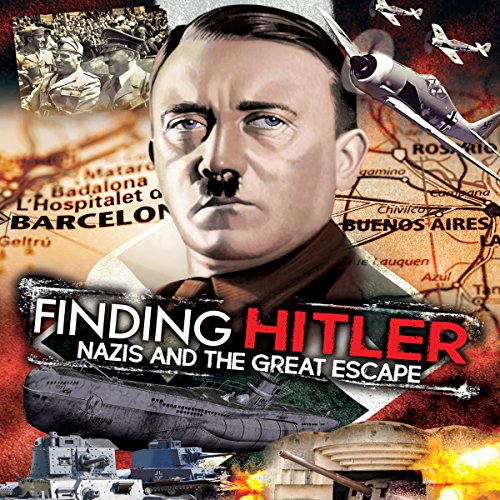 The men behind the Holocaust were members of the most evil and vile political party ever to have existed. We know them as the Nazis. Their purpose was to bring about the rise of a 1000-Year Reich. Fortunately the world rallied and they were defeated, yet hundreds of high-ranking Nazis escaped capture.

"Hitler's Great Escape": New evidence reveals that Allied governments knew Hitler was still alive and helped conceal the truth that he was living in Argentina with his wife, Eva Braun. Based on the best-selling book Hitler in Argentina by Harry Cooper, a renowned WWII expert and researcher reveals his shocking research.

"Third Reich: Evil Deception": Adolf Hitler was the greatest master of manipulating the hearts and souls of mankind in recorded history. Mass hypnosis, blatant propaganda, control of the media, and eradicating the opposition were all part of the plan. Nothing was off limits to the Nazi regime, including an escape plan.

What listeners say about Finding Hitler