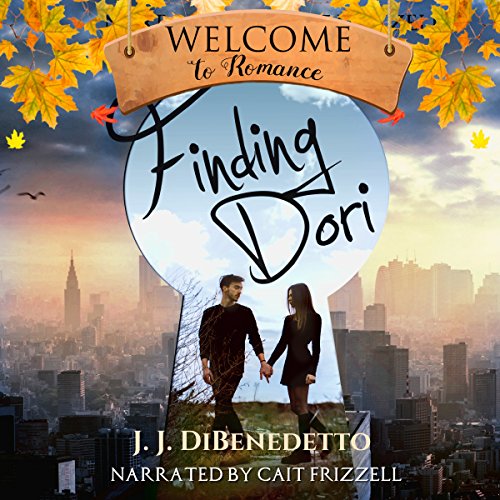 By: J.J. DiBenedetto
Narrated by: Cait Frizzell
Try for $0.00

Dori came to the town of Romance to help a friend. She wasn't looking for a romance of her own. But when she broke her leg and found herself stuck in Romance for two weeks, romance found her - with the very man who caused her accident.

Lucas wasn't looking for romance, either. But when the woman who almost killed herself by running in front of his truck turned out to be his next client, romance found him, too.

This novella is part of the Welcome to Romance, set in the town of Romance, Oregon.

What listeners say about Finding Dori

Cait Frizzell is perfect for the narration. The story flows while she’s reading it. Love this romance series!! Dori finds herself in a small town for work. A romance doesn’t fit in her schedule. Will Lucas be enough? Or will returning to her life make her happy? Definitely recommend this audible.