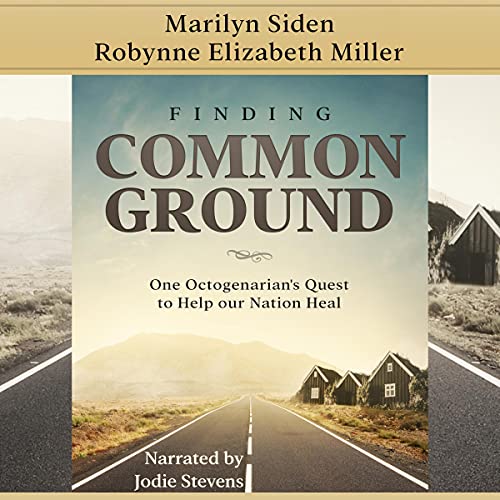 Why would a feisty almost-80-year-old grandmother slip into her Birkenstocks, throw a sleeping bag into the back of her Subaru, and set out across America?

Marilyn Siden has lived through much: the aftermath of World War II, Korea, and the horror of Vietnam. She's navigated good political administrations and struggling ones, a thriving economy and want. Her eight decades of experience living in the US have shown her the best America has to offer, and, unfortunately, the worst. But she never thought America would become a place of vitriol and despair.

So, she decided to do something about it.

Through a series of epic journeys across America, Marilyn discovered what she was after: practical advice on how to help our nation heal.

But she found something she wasn't expecting...something far more powerful.