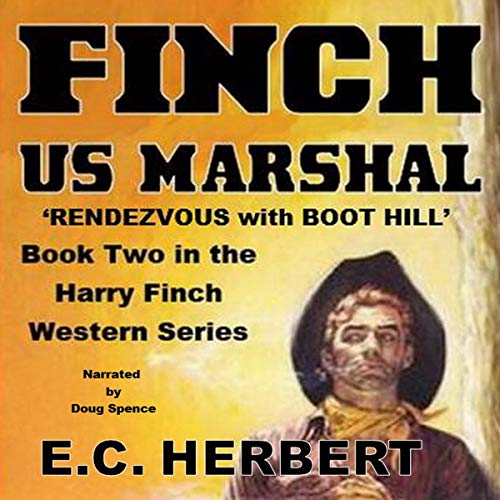 Slade Rawlins was a gun for hire with a price on his head. His guns had sent many a cowboy, bounty hunter, or wannabe quick draw to an early grave in Boot Hill. The day he gunned down a territorial sheriff was the day that US Marshal Harry Finch was given the assignment to bring him in. Harry teamed up with Sam Colter, an ex-US Deputy Marshal turned bounty hunter, who was on Slade's trail to collect the large bounty that was placed on his head. Harry's journey would take him out of his comfort zone and once again into the Wild West where he would encounter not only the deadly pistols of Slade Rawlins, but cross paths with the Avery twins, and the lovely Amanda Wilson as well.

What listeners say about Finch US Marshal: Rendevzous with Boot Hill