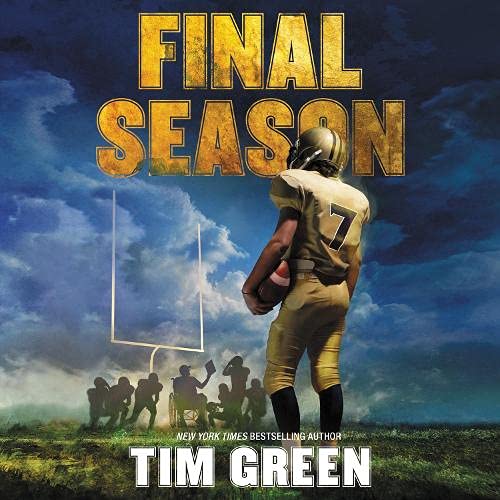 With two all-star college football players for brothers and a former Atlanta Falcons defensive lineman for a father, it is only natural for sixth-grade quarterback Benjamin Redd to follow in their footsteps.

However, after his dad receives a heartbreaking ALS diagnosis - connected to all those hard hits and tackles he took on the field - Ben’s mom becomes more determined than ever to get Ben to quit football.

Ben isn’t playing just for himself, though. This might be his dad’s last chance to coach. And his teammates need a quarterback that can lead them to the championships. But as Ben watches the heavy toll ALS takes on his dad’s body, he begins to question if this should be his final season after all.

What listeners say about Final Season

Great listen for both young and old

After seeing this book promoted on a morning TV show I spent a credit because I knew proceeds were going to ALS research. I thought also I might like the book. I was right. It's a kid's book that adults will find themselves enjoying. It was also a relaxed listen that took me a couple of plane rides and morning power walks to get through. There were no twists or turns. You knew what was going to happens as you patiently waited for the plot to develop. The author took a story that wasn't upbeat and made it so. You probably want to know a little bit about football if you decide to tackle (oops) this listen. Otherwise a great deal of the scene descriptions might be difficult to understand. But even with no knowledge of football, the messages presented by the author will make it through. And it's a short enough listen to make it worth the effort. And make sure you listen to the author's notes at the end. Interesting stuff. All that's left me for me to do is to watch the 60 minutes piece referenced in the book on YouTube. That's next. Well worth a credit.