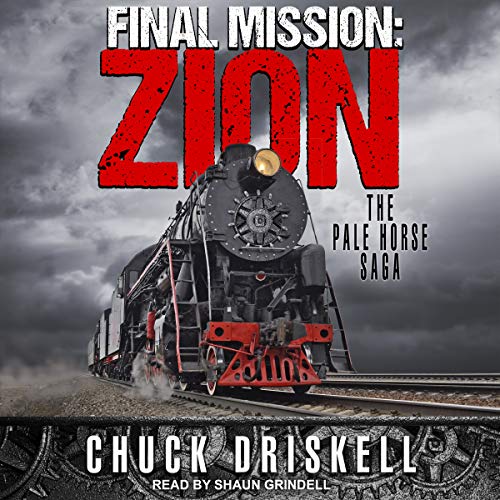 By: Chuck Driskell
Narrated by: Shaun Grindell
Try for $0.00

In 1938, as the Third Reich is just beginning its reign of terror, hundreds of Jewish orphans are hidden away in Austria, in the midst of their underground escape to Palestine. The only man who knows their location is killed, leaving the children with precious little time to survive. The dead man leaves a single set of instructions: Find US Department of War agent Neil Reuter - he will save the children.

Reuter, who is part-Native American, is a wreck, grieving the murder of his wife and unborn son. Realizing this mission goes beyond his grief, he accepts, hurtling himself toward the menace of the Third Reich. Relentlessly pursued by the Nazis, as well as his own people from the US Department of War who believe he's traveling into the Reich to assassinate Adolf Hitler, Reuter uses his unique set of skills to battle his way from San Francisco to England, through Germany and on to Austria in a race against time to find the hidden group of children.

I could not even get through 3 chapters. Such language, convoluted and nonsensical plot, and terrible narration. I was expecting fantastic. I heard trash. Big disappointment.

Great story line. Kept my interest the entire read and hard to put down until the end.

Not what I expected, narrator is too broad American for my ear. Not for me