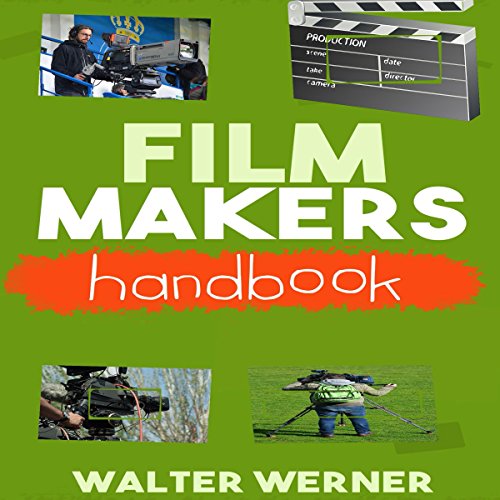 By: Walter Werner
Narrated by: Robert Barbere
Try for $0.00

The Film Makers Handbook is about making your very first feature film from scratch. It covers topics such as pre-production, as well as getting set up and creating your movie on a limited budget.

Also covered is the production process and everything that goes along with that massive project. The production section really helps the listener to get a grasp on how to efficiently and affordably produce his or her own feature film.

Lastly, the book goes over postproduction and how to finalize your project to turn it into a full-blown feature film.

The book closes with a brief synopsis of starting distribution of your independently created film and where to start getting the word out. Overall this is a book about how to create a feature film and do so on a budget, which would be ideal for students or first-time filmmakers.