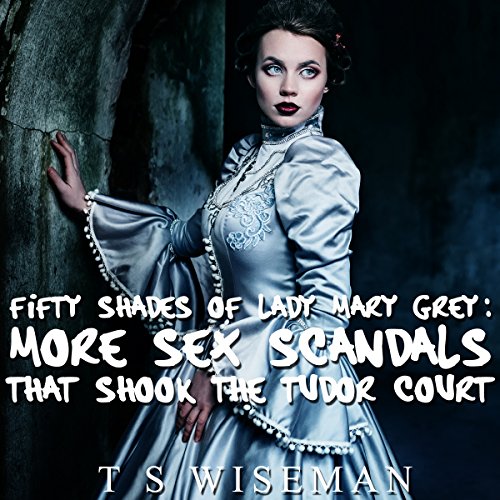 The Tudor's loved it. It was often considered a sport, just like hunting and jousting. The court was always awash with rumours and innuendo. For many at the royal court promiscuity was a way of life and marriage was normally no barrier. However, on occasion, events would occur that would be considered shocking for even this, most liberal, of royal courts.

This is the second audiobook in the series and we look at more of the sex scandals that were to shake the royal court.

We look at the sexual morals of the first Tudor queen. Did she really sleep with her own uncle and support the poisoning of her aunt?

We question why Lady Mary Grey, second in line to the throne, repeated the foolish mistake of her elder sister Catherine and married in secret.

We look at the virgin queen's own relationships and ask if she was complicit in murder.

We look at two more obscure figures from Tudor history, the sister in law of a queen that eloped with a prior and the heir presumptive to the throne who left her husband and took up sorcery as a hobby.

We wonder what the daughter of the diplomat could possibly have done to get called the great and infamous whore.

We delight in possibilities of a Tudor love triangle. A triangle that contained a very surprising figure.

Finally an audiobook on Tudor sex scandals could not be complete without a rundown of some of the rumours of about Henry VIII's mistresses and conquests.

This is a fun audiobook that is supposed to be enjoyed in an hour, it is simply written to entertain.

I'm sure this is a very fascinating story. But I found the endless list of names too complicated to follow. It wrecked my head !!