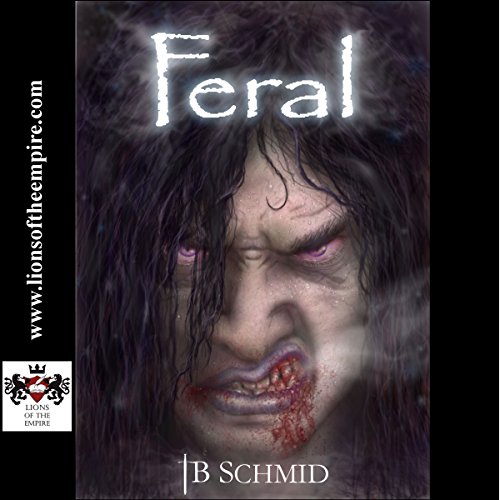 Sometimes tales flow down from the mountain peaks like the snow-fed streams that bleed down their boney flanks. Strange beasts. Stranger men.

Stories spun in the glow of highlander watch fires to pass the time swell and strengthen - every retelling a new tributary - until the tale becomes a legend. But sometimes, the legends are real....

A well-traveled, resourceful warrior leads a formidable sorceress with a dark, conflicted past through a remote wilderness he once called home. When they run afoul of a dangerously unstable patrol commander as a brutal winter storm closes in, they find themselves caught between their pursuer and something far more sinister.

Feral is a gripping tale of horror and suspense set in the epic fantasy world of Ruine. Its rich, diverse characters are caught up in a storm of swords, sorcery, madness, and an ancient evil that even the hard-bitten mountain clans fear above all else.

What listeners say about Feral