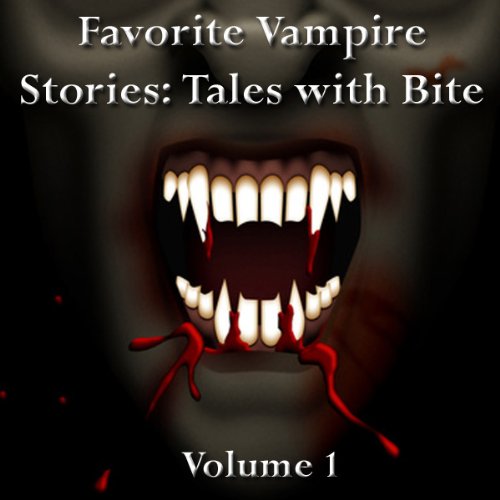 Fascinated by vampires? Then this book - the first of a series - is for you. Early writers of vampire stories did not see them quite as they are presented to us today. These "classic" vampires were looking for blood - not love. These shivery reads will capture your imagination and introduce youto the first fiends - male AND female - that spawned today's kinder gentler vampire. Titles included are:

"The Vampire of Croglin Grange" by Augustus Hare

What listeners say about Favorite Vampire Stories: Tales with Bite

Yes. Good "real" vampire stories. Not at all like Twilight versions. Scary

What was one of the most memorable moments of Favorite Vampire Stories: Tales with Bite?

Not really - liked them all.

Liked some better than others but all good.

Not worth listening to.

Waste if time, no energy from the narrator. He was not captivating or engaging.
Stories were very uneventful.

Dear Lord it is just terrible.

is it a good story?

I cannot tell because the readers are boring you to death. In fact it is read so badly, that it distracts from the stories themselves.

Do I recommend it?

No. By all means save your money.

What would have made Favorite Vampire Stories: Tales with Bite better?

This is the worst book I have ever downloaded. It seems to be a bunch of out of copyright storys someone threw together and read in their basment