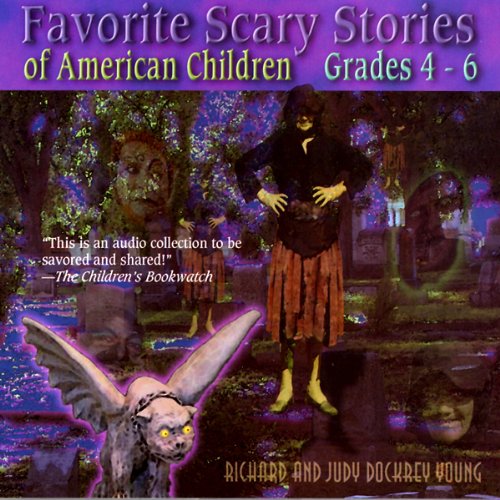 Everybody loves scary stories, and nobody loves them more than children. Storytellers Richard and Judy Dockery Young gathered these stories from the most discerning of critics: the children themselves. These are the tales kids tell most often and most often ask to be told.

The stories in this multicultural collection come from the Ozark Mountains and the desert Southwest, from Native Americans and Hawaiians, and from American immigrants from such faraway places as Japan and Laos. The nine stories in this collection for older children include: "Wylie and the Hairy Man", "She's Got Me", "Blood Red Cedar", "Married to a Ghost", "Old Raw Head", "Ghost of Vengeance", "The Ki'in Spirits", "The Tiger's Eyes," and "Spirit of Fire."

"Excellent!" (The Washington Times)
"Richard and Judy Young are remarkable narrators." (Booklist)
"These stories have stood the test of time through retelling and they are identified by children across the nation to be among their favorites." (Orange Sentinel)

What listeners say about Favorite Scary Stories of American Children

Because I’m blind, I listen to books read aloud.
This performance was really good, so was the tone of voice.
Great book for the fall and for memories, had this book once as a kid.
I also like the song, it gets stuck in my head.