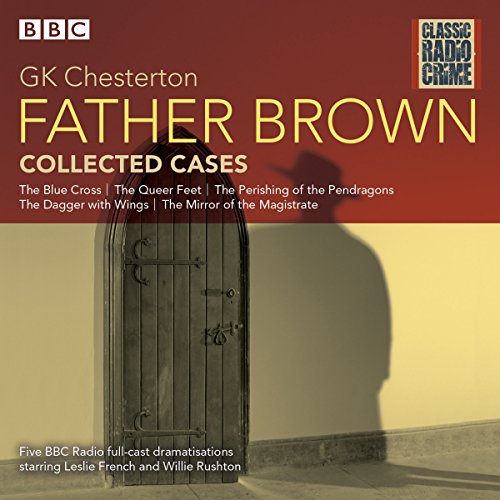 From 1974, five full-cast dramatisations of the short stories by GK Chesterton, starring Leslie French as the investigating Roman Catholic priest and Willie Rushton as GK Chesterton.

Led by first rate character actors Leslie French and Willie Rushton, these five full cast dramatisations are excellent recreations of G K Chesterton's wonderful mystery tales. It is welcome to hear faithful versions of these stories as opposed to the "freely adapted" recent TV adaptations which bear little resemblance to the classis original stories. Highly recommended for all fans of classic crime and mystery.

Five good adaptations of Father Brown stories, marred only by some technical issues in places.

only one problem the recording although remastered are still a tad difficult to hear. But what are we to expect. Going to buy a couple more ASAP.