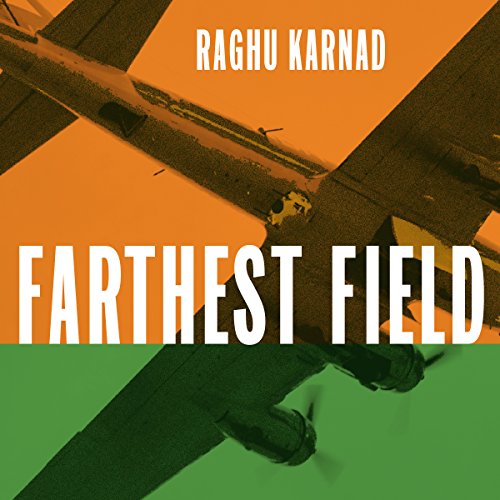 By: Raghu Karnad
Narrated by: Kahlil Joseph
Try for $0.00

A brilliantly conceived nonfiction epic, a war narrated through the lives and deaths of a single family.

The photographs of three young men had stood in his grandmother's house for as long as he could remember, beheld but never fully noticed. They had all fought in the Second World War, a fact that surprised him. Indians had never figured in his idea of the war, nor the war in his idea of India. One of them, Bobby, even looked a bit like him, but Raghu Karnad had not noticed until he was the same age as they were in their photo frames. Then he learned about the Parsi boy from the sleepy south Indian coast, so eager to follow his brothers-in-law into the colonial forces and onto the front line.

Manek, dashing and confident, was a pilot with India's fledgling air force; gentle Ganny became an army doctor in the arid North-West Frontier. Bobby's pursuit would carry him as far as the deserts of Iraq and the green hell of the Burma battlefront. The years 1939-45 might be the most revered, deplored, and replayed in modern history. Yet India's extraordinary role has been concealed, from itself and from the world.

In riveting prose, Karnad retrieves the story of a single family - a story of love, rebellion, loyalty, and uncertainty - and with it, the greater revelation that is India's Second World War. Farthest Field narrates the lost epic of India's war, in which the largest volunteer army in history fought for the British Empire, even as its countrymen fought to be free of it. It carries us from Madras to Peshawar, Egypt to Burma - unfolding the saga of a young family amazed by their swiftly changing world and swept up in its violence.

What listeners say about Farthest Field

Karnad's rich prose is poorly served by Joseph's leaden reading. Better to read this book that listen to it.

India’s contribution during WWII is poorly served by this audio book version of “Farthest Field”. Raghu Karnad notes many important Indian issues when writing about the lives of three Indian volunteers, but their bravery, tenacity, and valor are diminished by Kahlil Joseph’s unemotional, monotonous, and seemingly unrehearsed narration. As a writer, Karnad fails to endear his characters to reader/listeners by painting too large a picture for what could have been a more character driven history. Karnad offers a fine conclusion to his book but the names of many of his characters are not memorable enough to elicit emotion or recollection by the listener.

By 1945, India provided the largest all-volunteer army of any country during WWII. That is an incredible achievement in view of India’s colonial history with Great Britain. Karnad notes that 36,000 volunteers from India die during the war. Karnad implies that one of the reasons for such a high number is because many Indian citizens were starving to death before the war. The army, largely led by British military officers, offered food. Whatever reasons India citizens had for joining the Allied effort; Karnad illustrates how valorous these volunteers were. (Though not mentioned by Karnad, Indian soldiers earned over 30 Victoria Crosses during the War. The Victoria Cross is awarded for courage in the face of the enemy. It is the highest military decoration of the British Empire.)

Karnad’s last chapter draws the title, “Farthest Field”, together by explaining how India fought far from home for a country (Great Britain) they resented. But, India acquitted its resentment by bravely fighting and defeating the Japanese in Burma. Karnad notes that history is written by the victors but India is largely left behind in WWII’s storied past. After trudging through “Farthest Field”, a listener wishes a more coherent, emotive, and better–narrated story had been told. Karnad barely cracks the door to India’s WWII history.