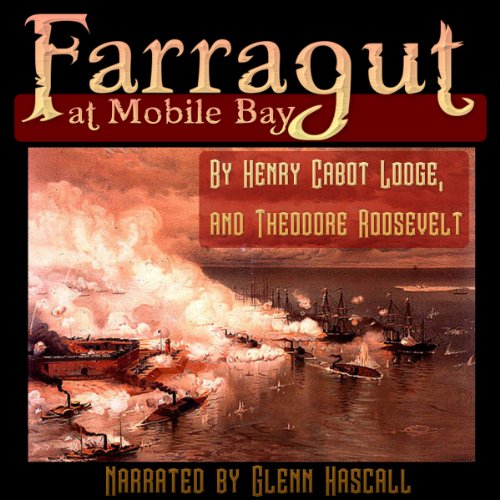 David Glasgow Farragut was southern raised but fought for the unity of the Union during the Civil War. At the time of the writing of this classic biography the naval warfare to which Farragut engaged was the most formidable water-going confrontation in American history. The capture of Mobile Bay separated the south from outside assistance and shortened the war. A bold historical event co-written by President Teddy Roosevelt and narrated by Glenn Hascall.

What listeners say about Farragut at Mobile Bay