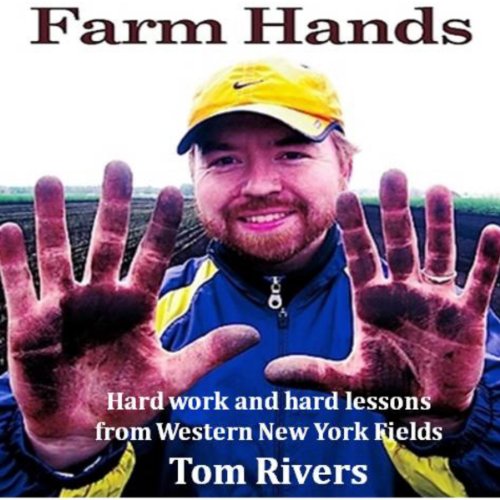 Tom Rivers, a reporter for The Daily News in Batavia, wrote a first-person series about farm work in 2008 that won state and national awards. Now the series, with more background and other information, has been compiled in a newly released audiobook, Farm Hands: Hard Work and Hard Lessons from Western New York Fields.

Rivers worked at a dozen farms in Orleans and Genesee counties, trying to find out why so few local residents are willing to work on farms. He discovered the work requires many skills, enormous willpower and physical strength. Rivers knew the jobs would be hard, but he didn’t realize just how grueling. He also didn’t expect the workers to help him get through the difficult work days.

Rivers, 35, lost 40 pounds in 2008, and whipped himself into good enough shape to run a marathon. He compared that 26.2-mile run with cabbage cutting, and declared the farm work far more exhausting.