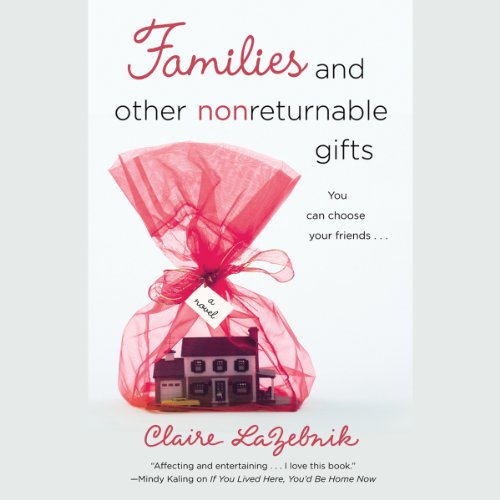 Families and Other Nonreturnable Gifts

Families and Other Nonreturnable Gifts

By: Claire LaZebnik
Narrated by: Tessa Auberjonois
Free with a 30-day trial

Despite her name, Keats Sedlak is the sanest person in her large, nutty family of brilliant eccentrics. Her parents, both brainy academics, are barely capable of looking after themselves, let alone anyone else, and her two uber-intelligent siblings live on their own planets.

At least she can count on one person in her life, her devoted boyfriend Tom. Down-to-earth and loving, he's the one thing that's kept Keats grounded for the last decade. But when Keats's mother makes a surprise announcement, the entire family is sent into a tailspin. For the first time, Keats can't pick up the pieces by herself. Now she must reevaluate everything she's ever assumed about herself and her family - and make the biggest decision of her life.

What listeners say about Families and Other Nonreturnable Gifts