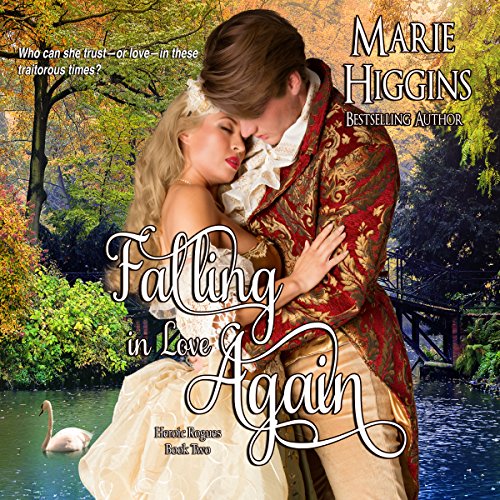 By: Marie Higgins
Narrated by: Stevie Zimmerman
Try for $0.00

Marcus Thorne wears several masks in his life, but the one that would have him hanged is the one he can never reveal. But after he kidnaps his enemy's daughter, he's captivated by her beauty and is nearly ready to give her his heart - until he discovers Isabelle is a spy with the power to endanger his life and the lives of his friends. After her release, Isabelle can't stop thinking about her masked abductor and how he'd stolen her heart before ridding her of his presence. Affianced to a man who strangely reminds her of the man whose kisses set her ablaze, she marries him, only to discover he's not who he seemed to be. But then...neither is she.

What listeners say about Falling in Love Again

All the elements of a complete romance. PIrates, spies, highwaymen, period detail. Fantastic.
The narration Stevie Zimmerman delivers is amazing. All the characters come to like - even the hero who is TWO people. Sexy and fun and enticing performance.