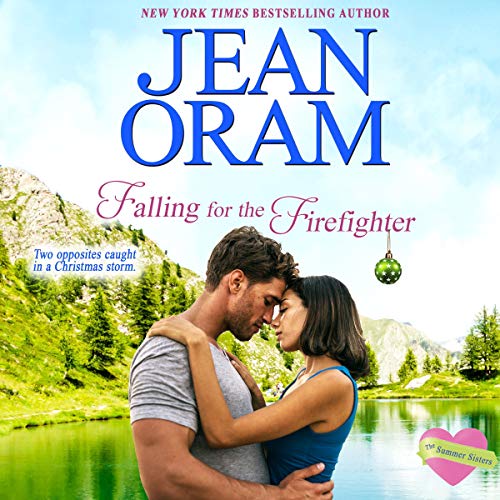 Falling for the Firefighter

One blizzard. Two opposites. And some time under the mistletoe.

Josh Carson has a secret. As a firefighter, he’s comfortable being sent in to save forests and wildlife, but in his spare time he creates delicate hair ribbons that are anything but masculine. When he finds Simone snowed in on Nymph Island - and she’d rather freeze than be saved by Mr. Tough Guy - he realizes that the only way to win her over and get her to safety is to take a risk and reveal his true self.

Simone Pascal loves being independent and self-reliant - she's never needed a man to save her, and yet she keeps falling into Josh’s arms at every turn, wanting him to rescue her. The worst part? She likes it. A lot. Which is a big problem since she’s rearranged her entire life to take on a new project - a baby via a sperm donor. Her life plans most definitely do not include anything as unpredictable as falling in love with Mr. Macho Firefighter, but that seems to be exactly what she’s doing.

Will the two come to terms with their true selves in time to snag their happily ever after? Or will they be spending Christmas cold and alone?

BONUS: Includes a letter to Santa from the beloved Tigger.

What listeners say about Falling for the Firefighter