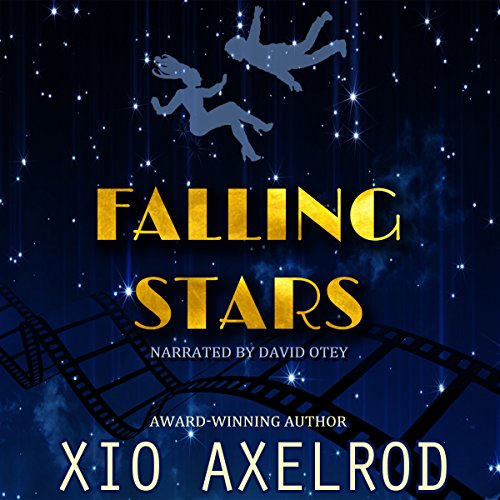 What if you met the right person at the absolute wrong time?

Meet Val Saunders and Sam Newman, two Hollywood actors at opposite ends of their careers. Hers is skyrocketing while his, well, never really took off. Fate brings them together when they're cast as lovers on a steamy new television series. The on-screen chemistry between them is off the charts, and when it spills over into a real-life attraction, they find themselves in a situation.

Sam is an honorable man. He has been faithful to a toxic, Hollywood marriage for nearly half his life. He's never strayed and isn't about to start now, despite the fact that he is falling head over heels for his co-star.

Val's worked hard to get her career on the path to the A-list, and the last thing she wants, or needs, is a scandal. If only her heart and her brain were working with the same script.

Romance is an ideal. This is a love story. Falling Stars explores the possibility of second chances and asks hard questions about duty, fidelity, life in the public eye, and the cost of being happy. This is the beginning of a sexy, sensual, and emotional roller-coaster ride that reminds us that love, while not often easy, is always worth it.

Part one of a two-part story.

What listeners say about Falling Stars

this is my first xio axelrod book. it was actually really cute. its about two actors in a universe similar to Shondaland's entertainment world. they're playing characters similar to Scandal, so that was cool because I like Scandal.

I think as great as the story and narration were, I still think a ton of authors dont try and break molds, and go for the usual light brown skin beauty. I dont think all beauty is valid, I just like chances being taken in such a white industry.

I've worked in film and tv so some stuff is accurate, some stuff is a little rushed but it was the best celebrity romance I've found with a woman of color protagonist. also, shout out to my Caribbeans (the heroine is half Jamaican ). I love different cultures in romance just to remind readers Black isn't a monolith.

the hero is married so it kind of made things seem cleaner than I'm used to. in their situation, cheating could've given more drama. I know everyone hates cheating, but the romance is more of a friendship since they're costars, so their love scenes are WORK. when you work around actors, even if they're a real life couple, they consider it work. its very rare to get something actually out of a staged love scene.

I enjoyed the melodrama and the silly stuff that the characters get into while trying to pass themselves off as friends. There was no reason for her to be around him so much after work. She even took him to meet her parents! LOL. Anyway, I've listened to absolute sex-passed-as- love trash stories before getting this one and I found the slow burn to be refreshing. I enjoyed the narrator too. His voice variation didn't grate me like some male narrators.

Read the book first. the narration is not so great

Really liked this book and was thrilled to see it on audible. I really wished that a more experienced narrator would have been chosen to read this book. Listening to the narrator has been a letdown as David Otey is very lacking in vocal range and often his male character starts to sound feminine in pitch and the characters start bleeding together. And on the other hand some female voices can be extremely grating as he portrays them. All in all it’s a great book but the narration is not worth the money or coin.