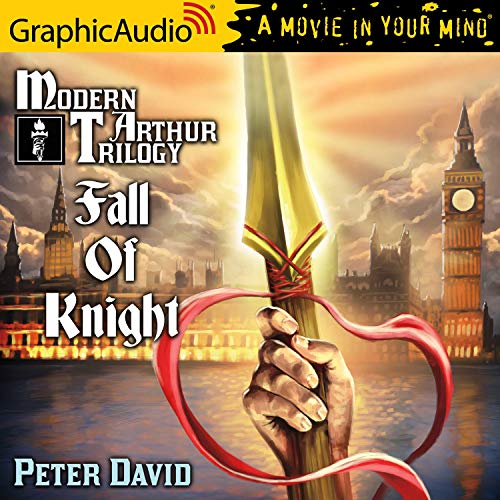 When former first lady Gwen DeVere Queen is discovered to be hale and hearty - after falling victim to a successful (and very public) assassination - the jig is finally up. Arthur Penn, a.k.a. King Arthur, reveals his true identity, and the existence of the Holy Grail, to the world.

Unable to cope with the sick and dying who desperately entreat him to heal them with the power of the Grail, Arthur accepts an offer from an entrepreneur with a new approach to health care: siphon water through the Grail, bottle it, and sell it as a curative. Flooding the market, Grail Water becomes the hottest-selling commodity in the history of humanity. Unfortunately, it's also tainting the very purpose of the holy cup's existence - and Arthur may soon discover exactly how the road to hell is paved with good intentions.

What listeners say about Fall of Knight [Dramatized Adaptation]