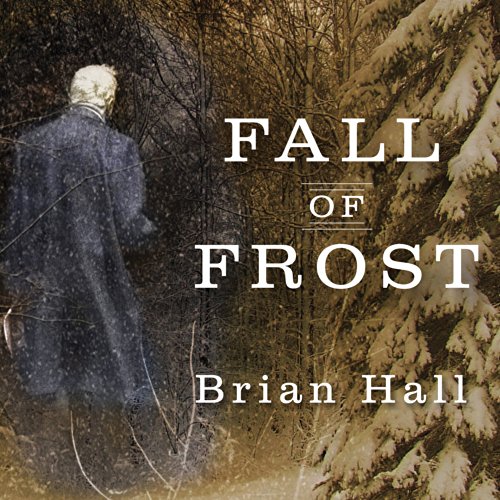 In his most recent novel, I Should Be Extremely Happy in Your Company, Brian Hall won acclaim for the way he used the intimate, revelatory voice of fiction to capture the half-hidden personal stories of the Lewis and Clark expedition. In his new novel, Hall turns to the life of Robert Frost, arguably America's best-known poet.

Frost, as both a man and an artist, was toughened by a hard life. His own father died when Frost was 11; his only sibling, a sister, had to be institutionalized; and of his five children, one died before the age of four, one committed suicide, one went insane, and one died in childbirth.

Told in short chapters, each of which presents an emblematic incident with intensity and immediacy, Hall's novel deftly weaves together the earlier parts of Frost's life with his final year, 1962, when, at age 88 and under the looming threat of the Cuban Missile Crisis, he made a visit to Russia and met with Nikita Khrushchev.

As Hall shows, Frost determined early on that he would not succumb to the tragedies life threw at him. The deaths of his children were forms of his own death from which he resurrected himself through poetry - for him, the preeminent symbol of man's form-giving power.

A searing, exquisitely constructed portrait of one man's rages, guilt, paranoia, and sheer, defiant persistence, as well as an exploration of why good people suffer unjustly and how art is born from that unanswerable question, Fall of Frost is a magnificent work that further confirms Hall's status as one of the most talented novelists at work today.

"Brilliant....[Hall] captures the interior life of a public man in a remarkably credible way." (Philadelphia Inquirer)
"Hall gets deep into Frost's head, an approach that brings a startling immediacy to a complex figure many know only as the author of classics like 'The Road Not Taken'." (Publishers Weekly)

What listeners say about Fall of Frost

This is a fascinating piece of work by Brian Hall that is magnifcently narrated by Dick Hill.

I knew little of Robert Frost before listening to "Fall of Frost".

This is a magnificent audio presentation of a beautifully written story about a great American poet.

"Fall of Frost" reports some facts of a poet's life but Brian Hall's writing reveals universal consequences and feelings of any life that is lived.

Dick Hill perfectly gives voice to this swirl of Robert Frost facts and Brian Hall imagination, making the novel more believable and moving than any linear biography could. After all, "knowing" real people always involves a mixture of time, place, information and imagination.

This would be a better book to read than listen to. I thought the narrator did a very good job, but in the end the story skips around too much to be a listening book.