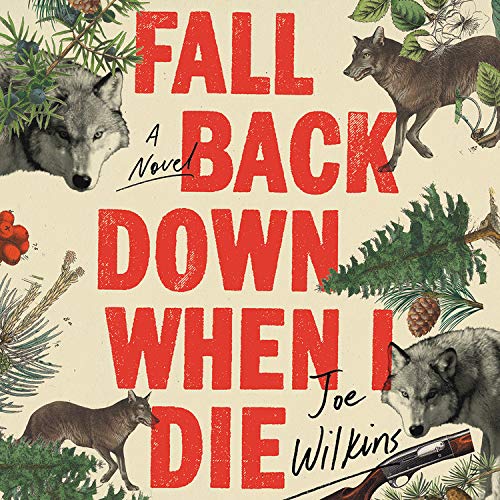 Fall Back Down When I Die

By: Joe Wilkins
Narrated by: MacLeod Andrews
Try for $0.00

For fans of My Absolute Darling and Fourth of July Creek, a "riveting and timely" (Jess Walter) Montana story about the unbreakable bond between a young man and the abandoned boy put in his care, as old grievances of land and blood are visited upon them.

Wendell Newman, a young ranch hand in Montana, has recently lost his mother, leaving him an orphan. His bank account holds less than $100, and he owes back taxes on what remains of the land his parents owned, as well as money for the surgeries that failed to save his mother's life.

An unexpected deliverance arrives in the form of seven-year-old Rowdy Burns, the mute and traumatized son of Wendell's incarcerated cousin. When Rowdy is put under his care, what begins as an ordeal for Wendell turns into a powerful bond as he comes to love the boy more than he ever thought possible. That bond will be stretched to the breaking point during the first legal wolf hunt in Montana in more than 30 years, when a murder ignites a desperate chase. Caught on the wrong side of a disaffected fringe group, Wendell is determined both to protect Rowdy and to avoid the same violent fate that claimed his own father.

A gripping story set in a fractured and misunderstood community, Fall Back Down When I Die is a haunting and unforgettable tale of sacrificial love.

"Joe Wilkins has risen to a very special peak with this heartrending novel of hard living and lonesome hope in the vast American landscape. I cannot praise it enough." (Luis Alberto Urrea, Pulitzer Prize finalist and author of the national best sellers The House of Broken Angels and The Hummingbird's Daughter)

"Joe Wilkins is a writer of great power and heart, and Fall Back Down When I Die is a riveting and timely novel." (Jess Walter, National Book Award finalist and New York Times best-selling author of Beautiful Ruins)

"A heart-rending tale of family, love and violence.... Through these characters, in a prose that can hum gently, then spark like a fire, Wilkins fashions a Western fable which spirals down to a tragic end. Following in the literary roots of Montanans Jim Harrison and Rick Bass, Wilkins packs a lot of story and stylistic wallop into this gripping, outstanding novel." (Kirkus Reviews)

What listeners say about Fall Back Down When I Die

Evocative of so many different feelings and thoughts. It feels like truth... It is heartbreaking with truth.

So good! Beautiful writing and pitch perfect narration. This is one of the best things I've listened to on audible.

there are some obvious similarities between this book and fourth of july creek. if that sort of thing bugs you, relax. this is a compelling piece of fiction. it’s its own thing and it has a lot to say. it’d be a great use of a credit for fans of suspense novels, westerns, or literary fiction (not to mention the socio-anthropology crowd).

Way Too Much Liberal Whining for Me

No more of this book. Sorry I wasted a credit. Author: Global warming IS a liberal tax scam. Just write an honest book that doesn’t pander.