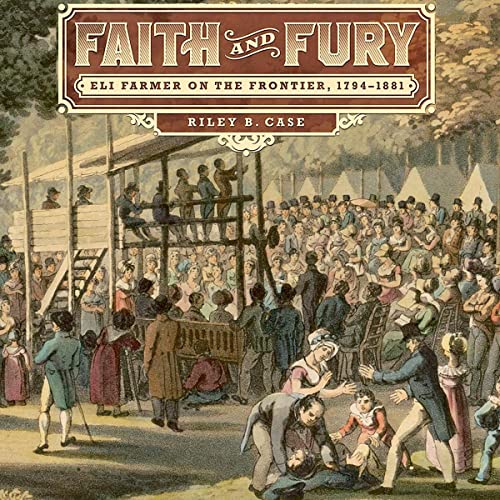 Some of America's political and social identity today can be traced to the early frontier. After 1801, religion exploded across settlements in the Old Northwest and Kentucky. Not only were souls saved through camp meetings, but regular people also began applying the words "equal" and "independent" to themselves. The life of Eli P. Farmer, a circuit-riding preacher, politician, farmer, and businessman is instructive. His autobiography includes accounts of Native Americans, brawls, flatboats, settlers and revival meetings.

Eli P. Farmer was a Methodist circuit rider who (by his statistics) took 5,000 members into the church. Much of the book covers the Western Revival, especially the years 1820-1840. During that time while the population of Indiana increased by over 3,000 percent Methodism grew by over 9,000 percent. Camp meetings were perhaps the biggest reason for the increase. The book explores how these camp meetings introduced some practices and emphases that helped redefine the word "evangelical" in the American context. Some of these include the introduction of the "altar", camp meeting music, the necessity of conversion for church membership and a movement toward sectarianism and individualism in American religion.

What listeners say about Faith and Fury

This was an incredible book about a truly fascinating time and place in American history. The story is told through the eyes of a Methodist preacher, so you will learn a lot about the origins of American christianity. But it is more so a book about American frontier life in the 19th century. Lots of fun characters and adventures, along with very informative authors notes. Highly recommend!!