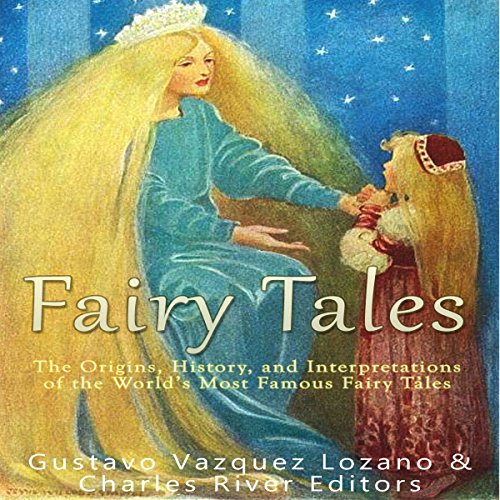 The Origins, History, and Interpretations of the World's Most Famous Fairy Tales
By: Gustavo Vazquez-Lozano
Narrated by: Scott Clem
Length: 1 hr and 4 mins
Categories: History, European
2.5 out of 5 stars 2.5 (2 ratings)

Dense forests, evil stepmother, beautiful girl, dwarfs in mines, a prince and, eventually, poisoning (in that order). Sound familiar? Most will recognize the basic plot of Snow White and the Seven Dwarfs, one of the most popular fairy tales in history. Even if the passing of time (and Disney) embellished it with a thousand details, in particular the happy ending, this and other tales reflect the Sitz im Leben (or setting in life) in which fairy tales emerged. The stories, which were transmitted orally during the Middle Ages, are like fogged windows to the way of life, the kind of people, and social conditions of the regions where they took their final shape. In some instances, such as Snow White and the Seven Dwarfs, they may be echoing historical facts. And the poisoned apple? Sander thinks that the lethal fruit was added later, during the stage of oral transmission, in remembrance of a man who really existed in Germany and was arrested for giving poisoned apples to children because he thought they were stealing from him. For centuries, beautifully illustrated fairy-tale volumes have rested innocently on kids' night tables around the world, long ago relegated to the dubious honor of being branded as "children's literature". But every story is a file packed with information, and Cinderella, Snow White, Puss in Boots, and Bluebeard have always intimated that perhaps they have more to tell besides "beautiful" stories, the same ones that animated the minds of several generations of children. Whether or not they had peaceful dreams is another matter, because even in their current versions, sterilized, and with their original contents doctored, classic fairy tales are far from innocent stories for five-year-old children.