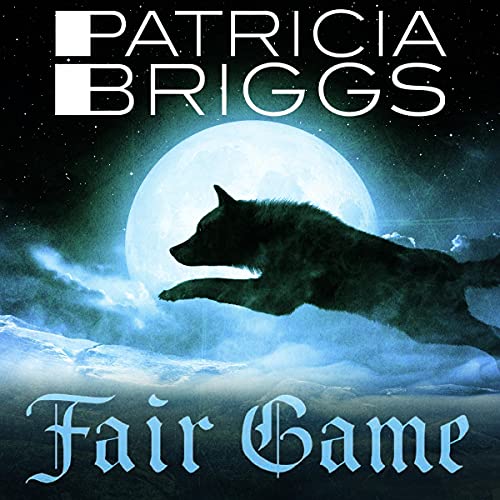 From number one New York Times best-selling author Patricia Briggs comes the next thrilling Alpha and Omega novel - an extraordinary fantasy adventure set in the world of Mercy Thompson but with rules of its own. Perfect for fans of Ilona Andrews, Nalini Singh, Christine Feehan and J. R. Ward.

They say opposites attract, and for werewolves Anna and Charles, this is certainly true. Charles, the pack enforcer, is a dominant alpha - whereas Anna has the power to calm others of her kind. Now that werewolves have dared to reveal themselves to humans, it's their job to keep the pack in line.

The pressure mounts when the FBI requires Charles's assistance. He's sent on a mission to Boston with Anna, and they quickly realise that a serial killer is targeting werewolves. And that they're next on the killer's list.

"Patricia Briggs is amazing.... Her Alpha and Omega novels are fantastic." (Fresh Fiction)

What listeners say about Fair Game

Another great book in the series

I read this book last year. I do not remember that much about it except that I thought it was good. I read the three first books back to back and the story all blended together. I did remember enjoying it tho. If mostly for Holter Grahams brilliant narration.

This is another terrific mystery where fair, witch and wolf are all Nix up in it. Read brilliantly again by Holter Graham.