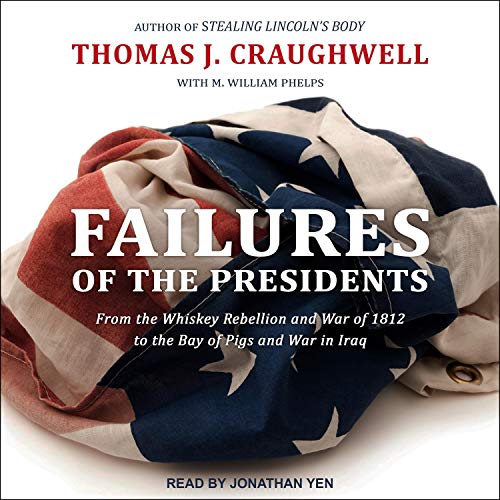 Failures of the Presidents

Everybody makes mistakes, but when an American president blunders, the results can be catastrophic.

In an effort to put an end to Britain and France's policy of seizing American ships and sailors, Thomas Jefferson calls for an embargo.

The result: 30,000 sailors put out of work; mercantile families bankrupted overnight; a nationwide economic depression; and the New England states, which depended heavily on international commerce, threaten to secede from the Union.

In an effort to install a capitalist government in the Middle East, stabilize the region, and protect America from a possible Iraqi terrorist assault using weapons of mass destruction, George W. Bush orders the invasion of Iraq.

The result: More than 4,000 American soldiers and personnel dead; estimated hundreds of thousands of Iraqi civilians dead; hundreds of billions of dollars spent; the torture of prisoners in the Abu Ghraib prison and the failure to find weapons of mass destruction leave American global credibility in tatters.

All of these, and many more, incredible lapses in judgement are explained in this book.

What listeners say about Failures of the Presidents