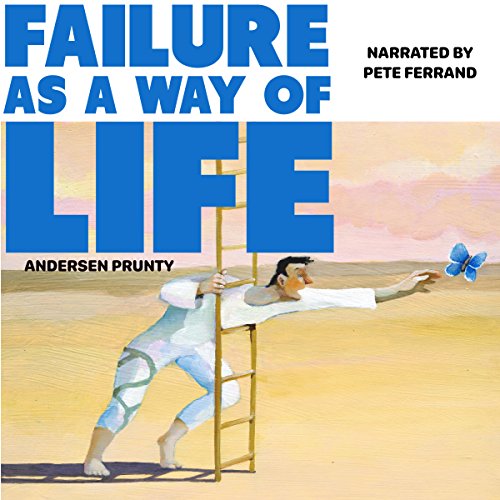 Failure as a Way of Life

By: Andersen Prunty
Narrated by: Pete Ferrand
Try for $0.00

Ryan Noman is stuck in a house on a dead end street in a dying city, a loveless relationship, and a job where the owner challenges his employees to fights in the parking lot. He also has a mystery rash.

When Ryan's best friend, Gus, convinces him they need to contaminate the source of the artisanal bottled water facility where they work, Ryan goes along with it because, hey, what else is he going to do?

This proves to be another bad choice in an increasingly lengthening list of bad choices in Ryan's life. It changes everything, leaving both Ryan and Gus transformed. Thus begins Ryan's oddly comic stumbling through his dark night of the soul in a book best described as "self-help for the helpless".

What listeners say about Failure as a Way of Life

Prunty's style can make even a failure profoundly interesting. You'll get totally entrenched in the characters and the crazy story. So much fun listening to Prunty's creations! Highly recommended!

There are a million ways to fail...

There are a million ways to fail and I’ve tried them all.

Prunty is really good. Honestly his stories should be a hot mess and yet they aren't. They are exceptionally strange with over the top characters and there is always plenty of sarcasm and laughter sprinkled throughout. I really enjoy his work.

FaaWoL is no exception. Well written and expertly narrated.