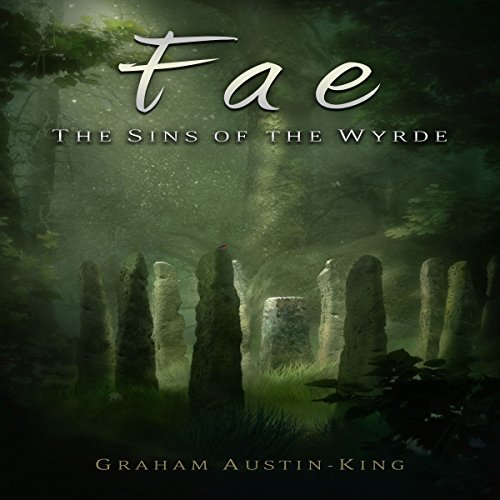 Fae: The Sins of the Wyrde

By: Graham Austin-King
Narrated by: Jonny McPherson
Try for $0.00

The thrilling conclusion to the Riven Wyrde Saga.

With her king’s plans laid bare, Selena must take drastic steps as the invaders push deeper into Anlan, driven by the schemes of the Sealord. The war between Anlish and Bjornmen rages, even as the fae remain unchecked. Politics is not merely a game for mankind however, and within the fae court ancient plans are coming to fruition, while the armies of the fae are readied in preparation for the purge.

The answers to the mysteries of the Wyrde may already rest with Devin and Obair. Their shocking discovery may hold the key to the Wyrde and the lost secrets of the druids, but the price is higher than anybody could have imagined.

What listeners say about Fae: The Sins of the Wyrde

This 3 part series was a fun listen. There's satyrs and fae creatures, hell bent on destroying mankind from a strange land, and a bleak outlook for a small group of characters who are trying to figure out how to stop the onslaught. We have heartbreak, surprises, twists in the story, and a mystery revealed. The writing was solid, other than it bogging down in some chapters and feeling like the last third of the book was rushed to the ending. Still, The Riven Wyrde Saga was very much worth the risk I took with an newer author. He's given us many hours of entertainment and the narrator really made it captivating to listen to. Jonny McPherson voices nearly all the characters differently, the pacing was perfect, and he's easily in my top 5 favorites!

This was a great conclusion to the series!

The fae are coming to purge humankind, and the Bjornmen and the Anlish have to put aside their differences and come together to stop them, or else they will be annihilated. But will they be able to put their differences aside long enough? The secret of the Wyrde is finally revealed, and the price to fix it and drive the fae back is more than many would like to pay. Dun dun dunnnnnn.

This was a well written and well paced conclusion to the series. I would certainly call it rather enthralling as well, as I turned on the audiobook and would just listen for hours and hours without it even seeming like any time has passed. There are plenty of ups and downs, twists and turns, and lots of action to keep the story interesting. It also wrapped everything up nicely, leaving character arcs and plot points tied up fairly neatly while still leaving some space in the world for further exploration or imagination.

There were so many good characters to cheer for, but I think that my favorite over the entire series has been Selena, the snarky duchess. She takes absolutely no crap from anyone, and humorously claps back at anyone that tries, and I kind of love her for it. She was one of those characters that I wanted everything for.

Jonny McPherson is a fantastic narrator for this series. He gives each character their own voice, making it very easy to follow along with the story, and has just a pleasant sounding voice in general. I love love love the voice that he gives the fae in this series. It makes them seem so sinister, which only heightens the dark-and-scary fae vibe that this book gives.

So, all told, I really liked this one. It concluded the series in a satisfying manner, and was a great use of a couple of afternoons of listening.

Complex characters , listened with audible, the humans against the fae. Interesting concepts. Liked the story line but after the first book ended the next book should have carried over but it started out strangely like you missed something important but didn't know what, but I mottled through and caught up, but I still didn't like guessing what I have missed.

Overall, a very enjoyable yarn with a satisfying if little rushed ending. Voice actor was quite superb. Money well spent.